The name Abercromie is a recognized name around Emerald High School. Both Osharmar, class of 2013, and Zykeith, class of 2018, were known on and off the athletic field. They were hard working, respectful, and dedicated student athletes. Each of them have continued their excellence and dedication at different universities but still have the same goal; to climb to the next level and be successful at whatever they work for.

Osharmar graduated in 2013 from EHS, where he excelled as a running back in football,  played small forward in basketball, and ran the 4×1, 100, 200, and 4×4 in track. He attended Coastal Carolina University where he was a stand out as a running back and did very well as a student. He made the Deans List many times and was also recognized throughout his career in football at Coastal with various awards and honors. Some of those include the team’s Strength and Conditioning Offensive Athlete of the Year, Offensive Player of the Year, various Sun Belt awards, and captain of the football team. Abercrombie was also on the team’s leadership council. He graduated in 2017 with a degree in Public Health and a Masters Degree in Sports Management. He now has set his goals for the NFL. After his football career, Osharmar plans to become a high school teacher and football coach, and then eventually become an athletic director.

Zykeith is continuing his path with the Wofford Terriers. He graduated in 2018 from Emerald where he played both basketball and was an outside linebacker and free safety in football. While in high school, he earned All-State, All-Region and All-Lakelands honors.  He is also playing outside linebacker at Wofford as well. He is currently undecided in his major but wants to pursue something in the field of business. He will graduate from Wofford in 2022 and also plans to enter the NFL draft. After this, he would like to own a business.

When asked about what they would say to high school players desiring to play a sport in college, they each gave some really important advice:

Osharmar: Remember you are a student first, then athlete. With that being said take care of business in the classroom first. No matter what sport you play make sure you are getting better each and every day. There is no such thing as staying the same: you either get better or get worse.

Zykeith: Keep working and don’t give up. Remember that the sky is the limit!

The Vikings are so proud of each of the Abercrombies and look forward to seeing what the future holds for these young men. There is no doubt that whatever they decide to do, they will be successful in their endeavors.

(Photo one and two from Coastal Carolina Media Relations) 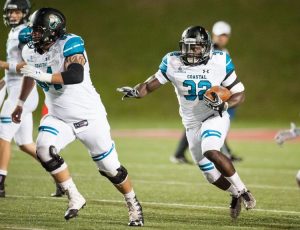 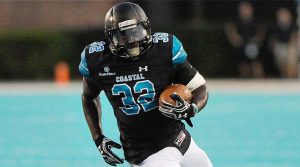 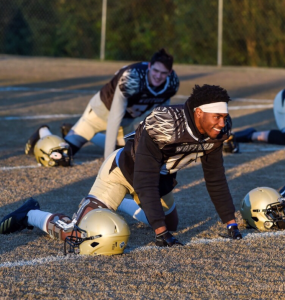 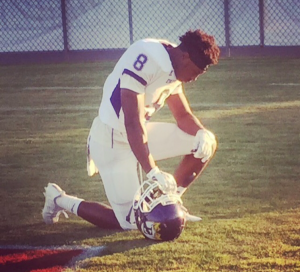